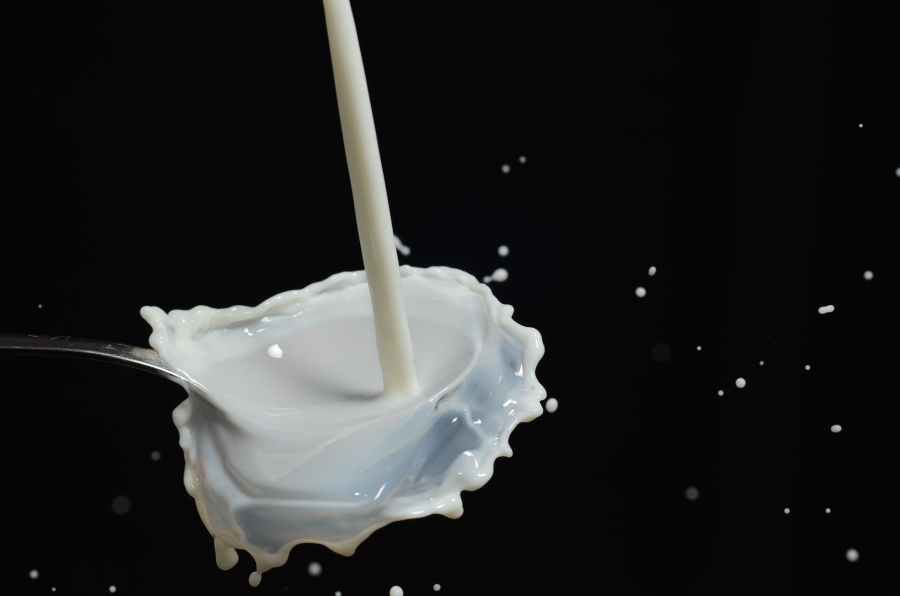 The Karnemelkbrug or buttermilk bridge in Ghent, Belgium is first mentioned in the city archives in 1199. The bridge was demolished in 1900 but fortunately the folktales that were set there didn’t disappear along with the bridge. It was a place where water devils lurked, a place associated with witchcraft and the spot where the buttermilk ghost haunted whoever was still around the bridge at midnight.

The story of the buttermilk ghost appeared for the first time in print in 1867 in the paper The Vlaemsche Leeuw. The article was written by someone who preferred to remain anonymous and used the pseudonym Leeuwke. Leeuwke’s article opens with a long history about the trading of milk in the city before it tells the unfortunate story of one particular milk maid whom the author calls Lotje. It’s very likely that the author made the name up for the sake of convenience and we’ll call her Lotje here too for the same reason.

Lotje was a farm girl who like so many others travelled to the centre of the city to sell buttermilk. There were six markets in the city at the time that only sold milk and other dairy products and it must have been a flourishing business. Like many of the others Lotje diluted her buttermilk with water while promising her buyers that it was pure buttermilk. It was the best one on the market for the lowest price. But once the customers were home and poured themselves a glass, there could only be bitter disappointment. What had they just spend their money on? Water!

After years of misleading customers Lotje started to feel guilty. A voice told her that when a cow died, it was because of her dishonesty. When a child was sick, it was her falseness that had brought on the sickness. When the harvest failed, it was because of the lies that she had told.

The voice said that she must pay penance for her deceitful behaviour. If she didn’t, she would go to hell and burn for all eternity. Lotje could not turn back time and sell the undiluted buttermilk that she had promised so many of her buyers that she sold. Neither could she give them their money back. In an unexpected and tragic twist, Lotje jumps from the Karnemelbrug and drowns.

One would think this was punishment enough, but the story doesn’t end here. Lotje still had to pay penance for what she had done. She was doomed to appear as a ghost every night at the Karnemelkbrug shouting ‘buttermilk, buttermilk, I have forgotten my soul because I measured more water than milk.’ Her ghost only stopped appearing during the French Revolution in 1792. Lotje finally found peace when the people whom she had deceived had forgiven her and had asked God to forgive her as well.

There couldn’t have been a harsher punishment for selling watery buttermilk than what Lotje had to go through. The punishment didn’t fit the crime at all, and I think that the story mainly served as a stark warning. A warning that seemed to work for it’s said that no-one ever dared to sell diluted milk in the city of Ghent ever again.

There are many stories of evil creatures lurking in the water connected with the bridge. Most of them begin and end in the same way. They see a lonely passer-by, pull that person down into the water and drown the unlucky soul.

One of the more amusing tales tells about a man who was having the time of his life in an inn. He must have hated it when the innkeeper proclaimed that it was time to go home. As the man crossed the Karnemelkbrug, zigzaggedly, he noticed that there was something in the water. He crept closer and saw that it was a beautiful woman. She was singing one of the most enchanting tunes that he had ever heard. He probably pinched himself a couple of times to make sure that he was awake. Enthralled, the man crept closer until he stood next to her. He wanted to embrace her, but before he could even touch her, she slapped him so hard that he fell on the ground after which the woman disappeared in the water.

This story is very similar to another tale that takes place elsewhere in the city. Another man had been spending too much time in an inn and gets slapped by a woman who was singing a song. The only difference here is that the woman is a mermaid while in the first story she’s a sort of water devil. The mermaid left Ghent after the incident and was never seen again. She probably found a better realm to dwell in, but the locals haven’t forgotten her. As often happens with figures from Belgian folklore, this mermaid has now her own beer.

Our next story isn’t a folktale. The reason why I’m including it here is because I think that the Karnemelbrug’s association with witchcraft added to the reputation of the bridge as a ghastly place where evil beings gathered. What’s sad about this story is that it’s well-documented, and it’s well-documented because it happened. Not the witchcraft itself, but the execution of Catherina Tancré.

Catherina was a widow and seventy-one years old when she was burned for witchcraft in 1603. There were several accusations among them that she had received the devil in her house. The accusation that brings us back to the bridge is that she had enchanted animals and the wife of a man who lived near it. It’s very likely that he stabled his animals underneath the bridge and sold them at one of the animal markets in Ghent of which there were many at the time. Catherina was held responsible for the death of thirteen horses, seven cows and the man’s wife.

The karnemelkbrug is one of those places that you would pass without ever giving it a second glance. As you can see on the pictures that I included at the start of this post, it’s a very unremarkable place, but it does have a very rich folkloric history. I hope you enjoyed this post!

BUY ME A COFFEE

Buy me a coffee so that I can keep writing stories inspired by the wonderful dark world that is Flemish folklore. Anything you can do to help support me is appreciated so much and really makes a difference. 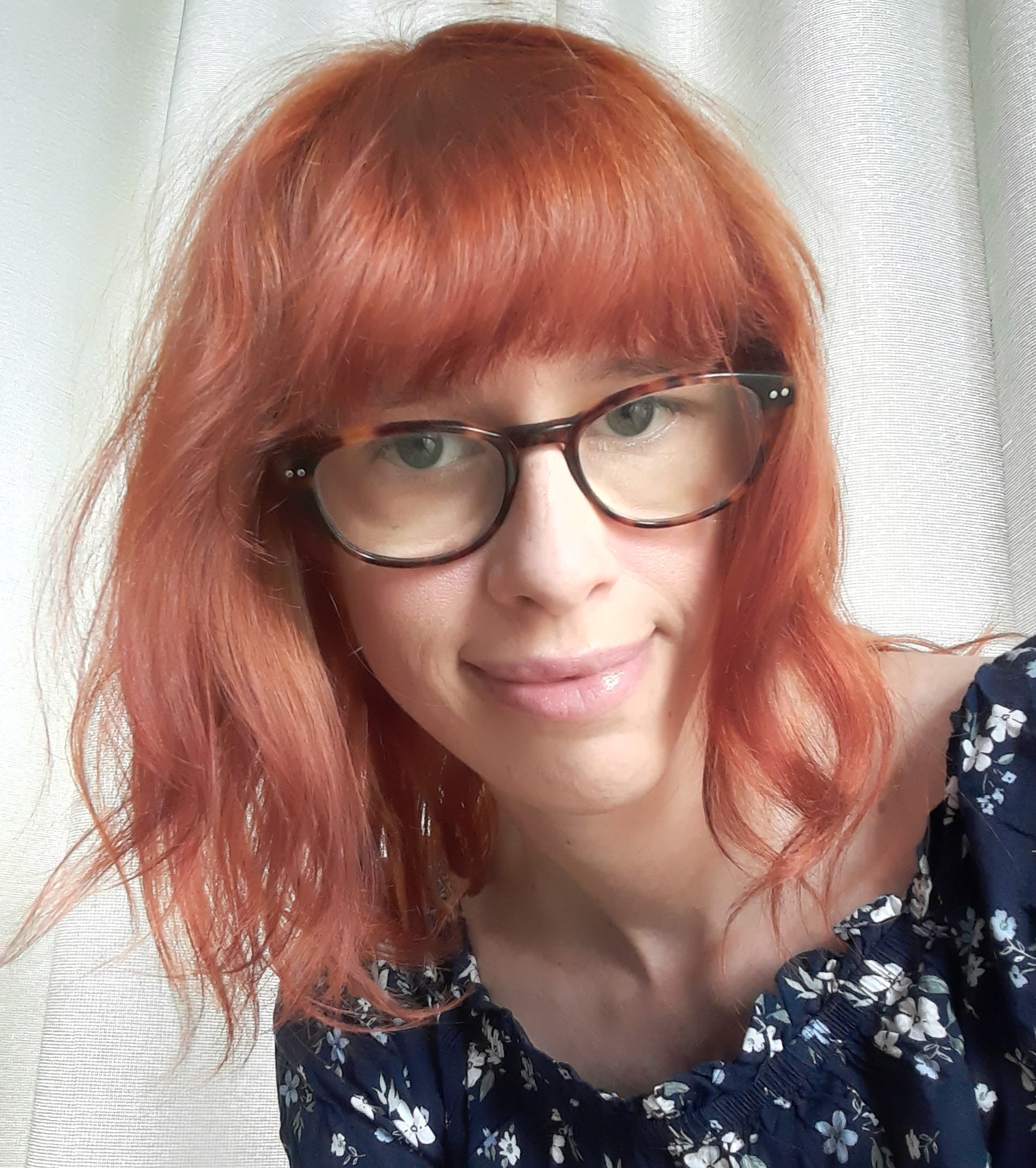